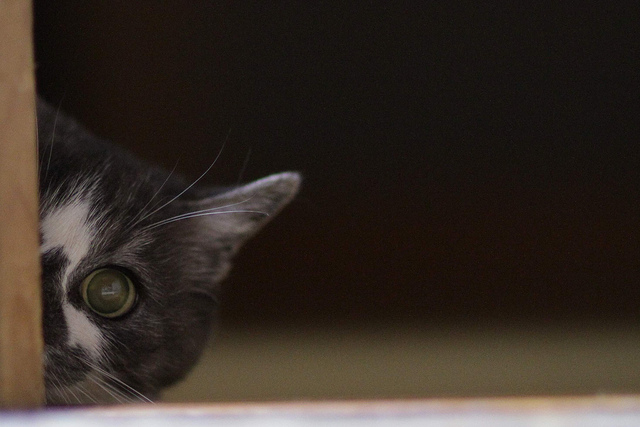 I am not sure whether I am a theist or an atheist, but I do have faith in the Divine power. There are reasons behind this, about which I have written in this article. Just because we cannot see them, we cannot deny the existence of such powers. I have put forward some arguments regarding the same in this article. Then come my personal experiences, because of which my belief became stronger that there is some divine power which keeps an eye on us, who punishes us for our mistakes and prods us to make amends.

My memory may not be very good, but somehow some life experiences are ingrained in my memory forever. Hence, narrating some incidents from childhood.

I was in 5th or 6th grade during that time, I guess. We went for a picnic to Chikhaldara, a tourist spot, organised by our school. On our way, we halted at a Jain religious temple Muktagiri for darshan. Outside the temple, a few vendors were selling imitation pearl necklaces, and our friends surrounded them. A few of them sneaked some necklaces, hiding from the eyes of the vendor. I joined them too and slid a necklace in my pocket without paying for it. On the return journey I had a torch in my hand (to look out for the animals on the way). I didn’t realise when I fell asleep, but when I woke up in the morning the torch was missing. Searched a lot, but couldn’t find it. As I tried to find the reason why it happened with me, the answer dawned on me, ‘because you nicked the necklace’. I remember the incident to this day.

At around the same time, we went to Amravati, to represent our school in sports. As I was  travelling on the bus, I saw two coins on the floor- a 25 paise and a 10 paise. I picked them up and kept them in my pocket. I had been taught at home that one should deposit such money in a temple. When I thought about it I recalled a blind person begging just before the bus started. Probably the money belonged to him. I kept the money in my pocket with the intention of giving it to some other beggar when the bus stopped. But I eventually forgot all about it. When the bus conductor came to ask for a ticket fare on my return journey and I put my hand in my ‘secret pocket,’ I realised that that the money was missing. Somebody had picked my pocket. Coincidentally the amount in my pocket was exactly Rs. 35 which I guess was a punishment for taking the 35 paise.

I remember an incident in high school when a man visited our school to sell fountain pens. Many of my friends bought the pens. They were all similar, but the pen I bought, had a loose part, the one used in attaching it to the pocket. In the course of a  conversation with a friend, I wittily exchanged  my pen with his, without him noticing it. After some time he came to me complaining that his pen was not opening. I applied a lot force in an attempt to open it, ending up breaking it. My upbringing being such, I was taught that I should pay for any damages caused by me in the right earnest. I immediately gave him my pen. When I questioned myself about the incident later, I found my answer.

There have been many such incidents in my life, but one such incident particularly stands out which taught me a lifetime lesson. After passing my 12ht standard I had been to Mumbai with my dad for medical college admissions. I could not get an admission on that occasion. My father had only one aim in life that I become a doctor, and I realized that day that it may not be fulfilled, I thought that day. After strolling on the Mumbai Chowpatti with my dad, we started on our return journey. We didn’t have train travel reservations. My dad had often travelled in this manner but it was my first time travelling without reservation. We sat in the reservation compartment. On such occasions my father would pay a penalty amount to the ticket collector and sleep on the floor, which was the plan this time too. The compartment  we were sitting in  was occupied by an elderly woman and two young men. It was the time for the train to start and she looked worried. She asked the two men in Marathi, “Haven’t they come?”. Two more people were expected and the lady was worried of their non arrival. The youth answered that they may join at Kalyan station, and that she shouldn’t worry. The train started on its journey and so did the devil on my mind. A thought crossed my mind, what if they don’t come, me and my dad can take up those seats. The two people got in at Kalyan and we paid the penalty, spread a sheet on the ground and slept.

I woke up after 3-4 hours. The train halted at Nashik station. Dad was asleep.I alighted the train and went to a coffee vendor right opposite the gate. The distance from the train wa hardly that of 10 steps. I was the only customer and the coffee was served immediately. When I turned around I found that the train was nowhere to be seen. I haven’t understood to this day how that train disappeared so fast? Why couldn’t I hear it leave? Why did the coffee vendor not intimate me about the train’s departure? I was scared and some people took me to the station master. I did not have any money in my pocket, but the station master arranged for my journey on the next train without the ticket, which was scheduled after half an hour. When I reached my station Murtajapur in the morning a coolie approached me and asked “Are you Parikh?” I said yes. He took me to my father. My father didn’t ask me anything and we went home. After many days my father told me that those 8 hours of waiting were the most difficult in his life. He had awaken immediately after I got down from the train. On not finding me he waited for me for some time, then searched for me in all the train compartments. After not finding me anywhere he assumed that on not getting an admission in the medical college, I had either committed suicide of had left the home for good. His last hope was that I arrive on the next train, but he didn’t have the courage to see a train arriving without me, hence he sent the coolie for me.

When I thought about those two youth not arriving or that we get the seats, I didn’t think about the lady and what must be going through her mind. My father went through the same ordeal. Such experiences stopped after this event. It’s not that I didn’t commit any mistakes after that. Either I had grown too old to learn any more hence the Teacher stopped teaching or probably I didn’t commit any such crime after this incident.

I have full faith that there is some power which keeps an eye on all your actions. Reprimands you if you commit a mistake. The need is to understand the signs. Often we blame our destiny for such incidents or take credit for whatever good comes our way.