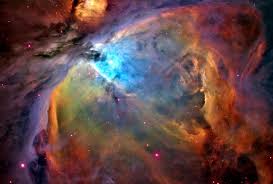 First of all one needs to be convinced that The God exists and if you aren’t yet, you better read the article

With the arguments listed in the above article even if one is convinced that there is some super power that exists, one would surely expect its existence to be proven.

There are a number of small animals that do not have all the senses that we have. Ants have compound eye so that they have vision of their surroundings. But can an ant ever see a human being? Does that mean humans don’t exist? Small creatures like ants, honey bees do have a well-developed society as we are aware of. Not having the capacity to sense the existence of higher animals, they are free to believe that they are the most developed creatures in this universe, though that would just be their notion.

Humans have 5 senses – touch, smell, taste, hearing and vision. But these senses are not without limitation. Humans can sense the light rays of a particular range between red and violet colour. Humans can’t see infra-red and ultraviolet rays. Similarly hearing is limited to a particular range of wavelength. Humans can’t hear ultrasonic waves. Though there are other animals that can do. Dogs and cats can see ultraviolet rays and can hear the voices that we can’t. Animals like bats, elephants, birds can listen to sounds that we can’t. Our vision is limited, we can’t see micro-organism that exist.

Even though our vision and hearing is limited we have experience of it. Using scientific tools we can enhance our capabilities and see the things that we would otherwise be unable to see with naked eye.

Can we be certain that none of the creatures existing in this universe have any sense other than the 5 we know of? No we cant. Because we can’t even imagine of any possible 6th sense.

Our place in the universe

Do you know that there are millions of micro-organisms in and on our own body. To be able to understand what is our place in the universe, we need to know how big is the universe. Science has not yet been able to figure out size of the universe but the farthest place that we are aware of is 100,000 light years away from us (Source – NASA). One light year is the distance that light can travel in a year. And the speed of light is little less than 300,000 km per second. The rocket used for launching satellites has a speed of 8 km per second.

Universe that we are aware of is so big that if we somehow manage to achieve speed of light (which is impossible because at that speed the mass becomes zero), it will take you 100,000 years to cover the part of universe that humans are aware of, though that’s not the end.

Are you not getting a feeling that we are smaller than the bacteria that’s roaming around on your tongue. Or may be our earth is just like a drop of water in the ocean of universe.

Believing that something doesn’t exist if we can’t sense it, would be like fooling oneself.

In the first article we discussed about the existence of super power (The God). In this chapter we discussed the reasons we can’t see it. In the next chapter lets try guess what could be the form of that super power? Is it some big creature? Is it just a source of energy? Or is it something that we can never think of?

Your comments are valuable and would surely help me improve upon in future articles. Kindly give your feedback below using your Facebook account.